On April 23, the fourth “Spring Developer Event” of Rockchip was officially held in Fuzhou, China. The theme of this year’s conference is “Smart Chip, Smart Futures”, and many well-known companies and partners with global influence attended this event, attracting more than 1,000 developers and engineers. 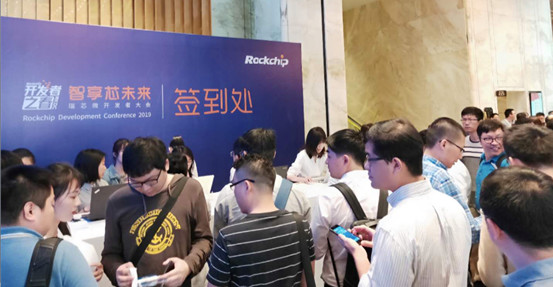 From the scale of the event, the level and breadth of the guests, as well as the number of engineers, is enough to prove the true influence of Rockchip in the industry! And Rockchip did not let everyone down, this event can be said to be “the sharing of the bottom line”, the future road map will be clearly exposed!

In the past, Rockchip has appeared in front of everyone with AP chip manufacturers. This time they first disclosed new services including power management, wireless connectivity, MCU, and semi-custom ASIC. 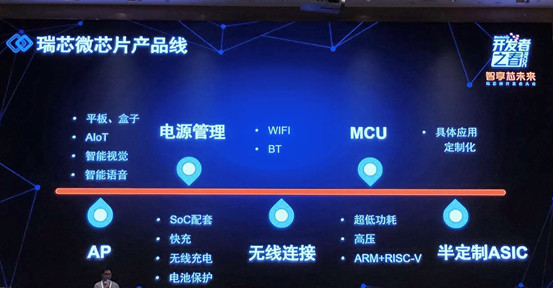 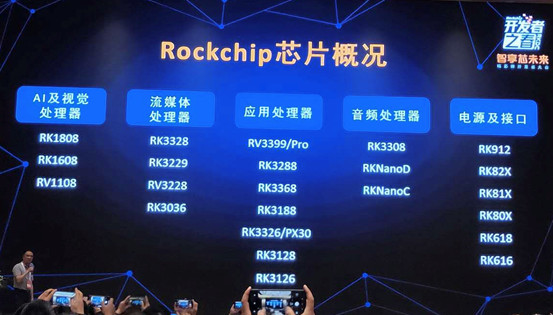 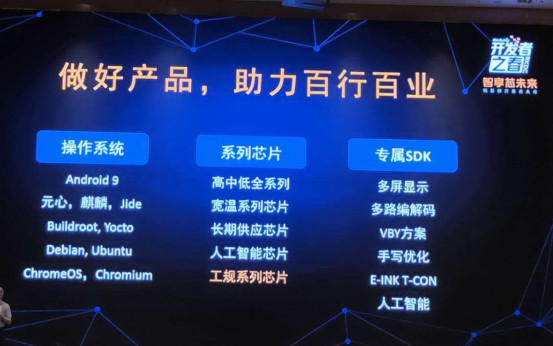 Rockchip announced several chips at the same time today, the most interesting of which is the information of RK3588, its core new generation flagship application processor. 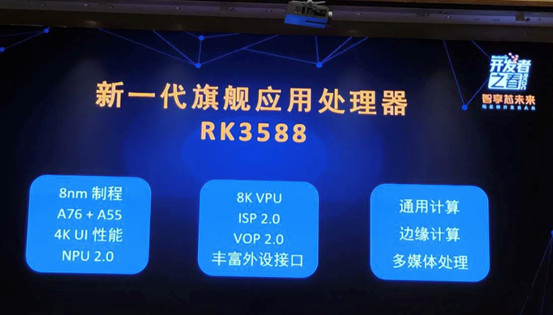 It is reported that this chip will adopt 8nm process technology, based on A76+A55 core combination, with 4K UI performance, 8K VPU, and NPU2.0. Mass production according to the planned 2020 Q1.

According to Rockchip, the 8nm process adopted by RK3588 will increase the performance of the previous generation by 20%~30%, while the power consumption will be reduced by 40%! 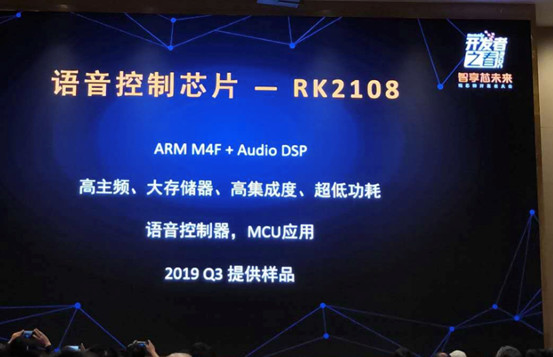 For the voice&audio field, Rockchip will also launch a control chip - RK2108. Samples are expected to be available in the third quarter of this year. It has the following features: 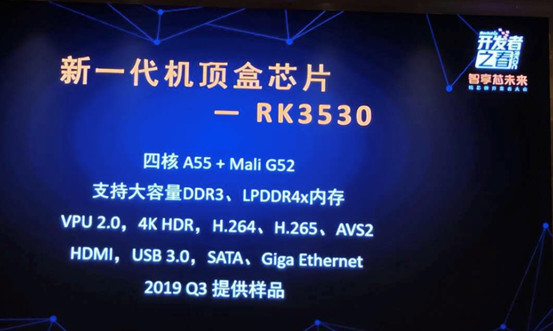 For the new generation of set-top boxes, the RK3530 chip will also be launched in the third quarter of this year with the following features: 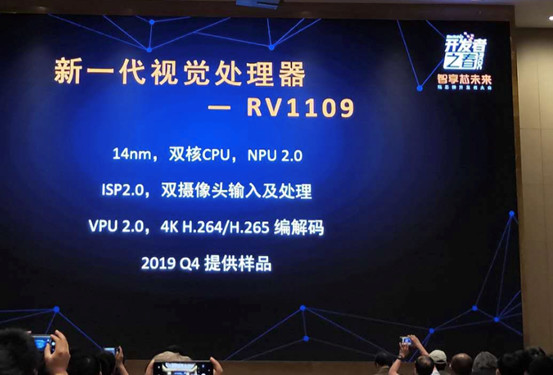 For the visual field, the new vision processor RV1109 chip was introduced. Samples are expected to be available in Q4 2019.

In fact, Rockchip has a very strong strength in the field of power chips. At present, the company’s total shipment of PMU has reached 100 million. Among them, the fast charge control chip RK825 has exceeded 50 million, and the defect rate is less than 20ppm. 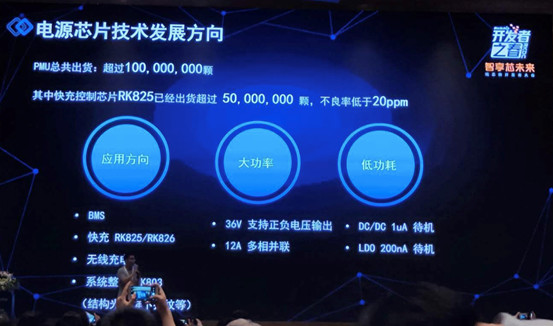 According to the plan, they will gradually introduce WiFi chips and BT chips in stages: 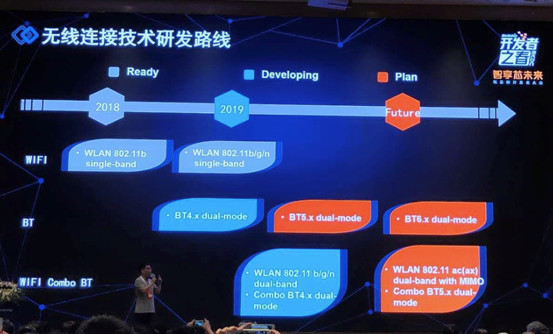 It is reported that Rockchip will first mass produce a WiFi chip - RK912 in the second quarter of this year. It will support WLAN 802.11 b/g/n. 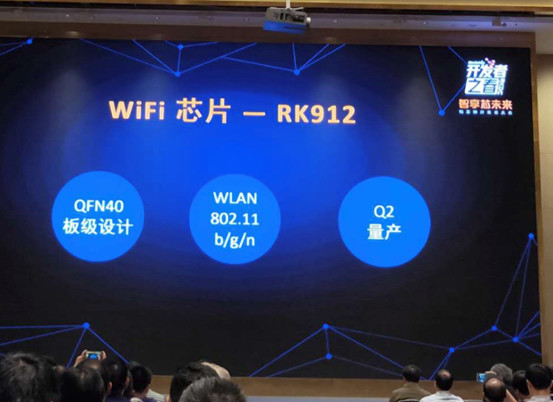 With the outbreak of the Internet of Things market, MCU has become a hot spot for everyone to follow. Rockchip has a large customer base and it is appropriate to provide them with suitable solutions.

However, according to their strategy, it is necessary to find the pain points and breakthroughs of the industry. Therefore, they focus on low power consumption and high voltage in the MCU field. 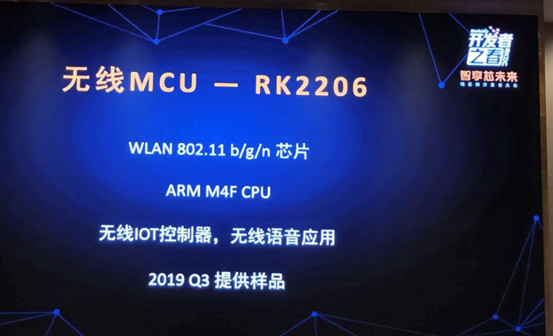 According to the plan, their first wireless MCU, the RK2206, will be sampling in the third quarter of this year.

At this meeting, Limin, Chairman and CEO of Rockchip also published his summary of Rockchip for the first time. 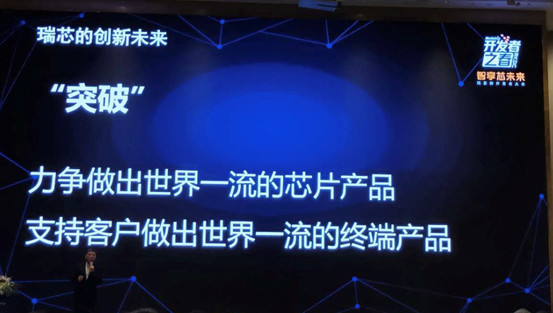 He said that the development logic of Rockchip is a sentence: “one center, two basic points.”

A center refers to “customer-centric.” The two basics refer to: technically continue to promote the field of “big audio”, “big perception”, “big video” and “big software”; the model insists on “market demand and business model”. He said that Rockchip is not a research institution, and its R&D investment depends on the market and business model.