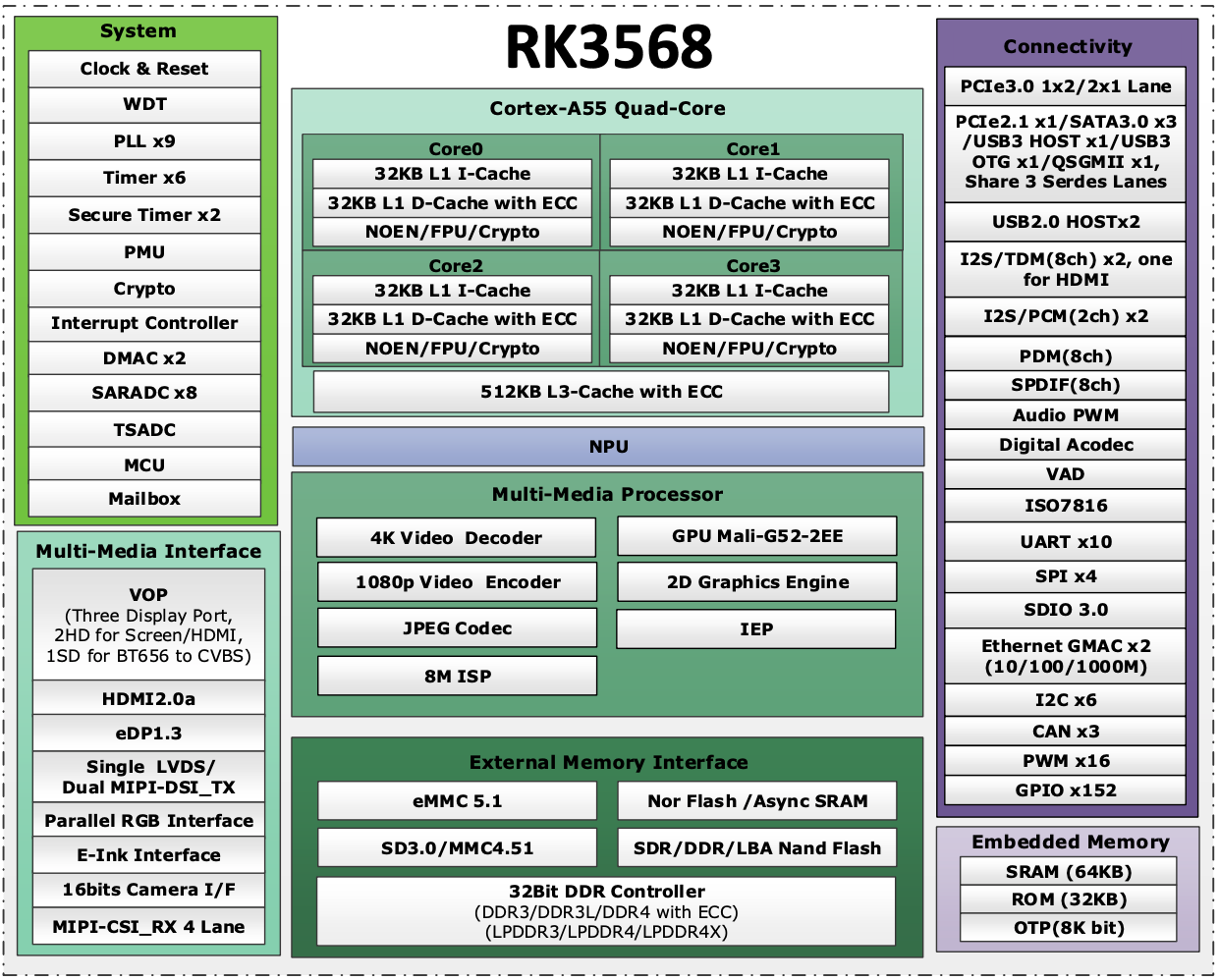 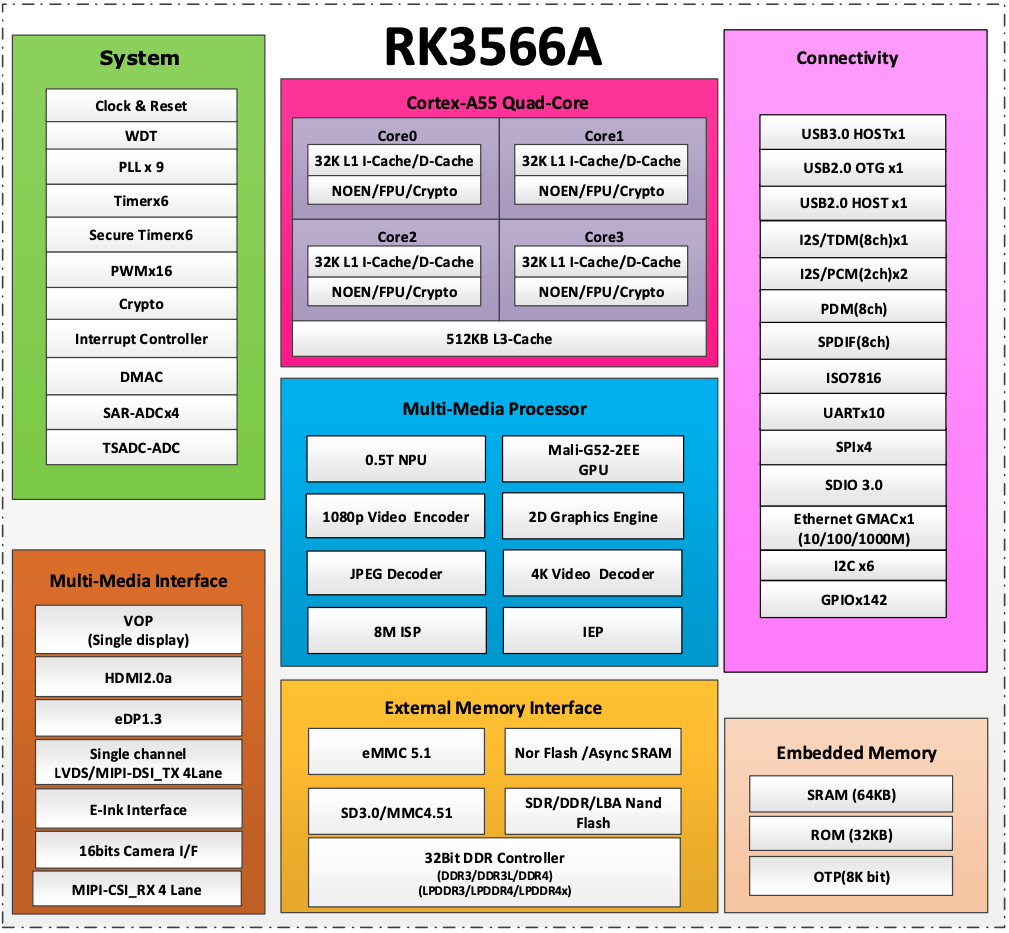 In the Rockchip 2020 Processor Roadmap Update we had some basic info for RK3566 SoC and we know it’s a mid-range SoC targeting at AIoT applications with quad A55 cores, G52 GPU and supports dual display. We also regarded RK3566 as an upgrade version of the classic RK3288 with 64bits cpu, up to date gpu and some modern peripheral such as USB3.0. Vamrs, as the tier one design house of Rockchip, now have received the reference design of RK3566 and we can’t wait to share with you some highlights of this amazing and promising SoC. 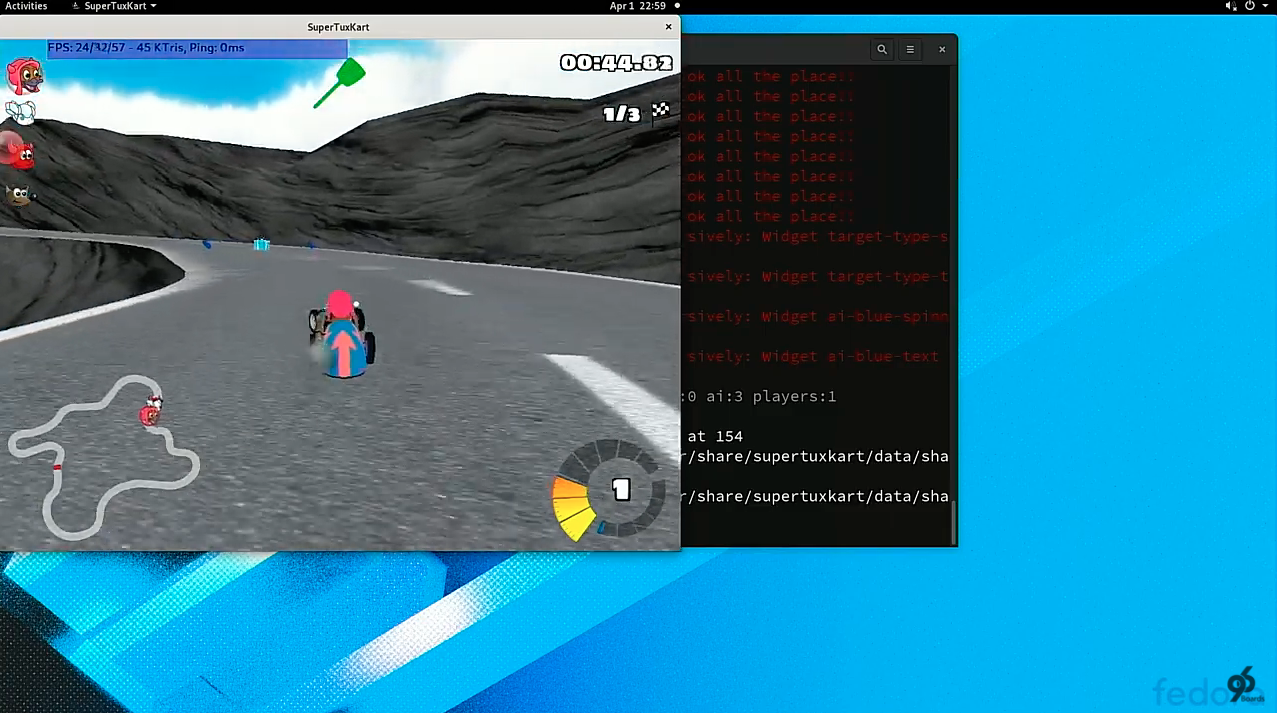 OpenGLES 3 Demo on the Rock960 running Panfrost drivers Sahaj Sarup from Linaro wrote a blog update on 96boards wesite. Hi all, Just a quick blog showing OpenGLES 3 applications now running on the Rock960 using the Panfrost GPU drivers. A Quick Recap on Panfrost: Panfrost is a free and open source driver for Mali Midgard and Bifrost GPUs. The driver is capable of running a few demos and has been upstream to Mesa & Linux (currently in linux-next). 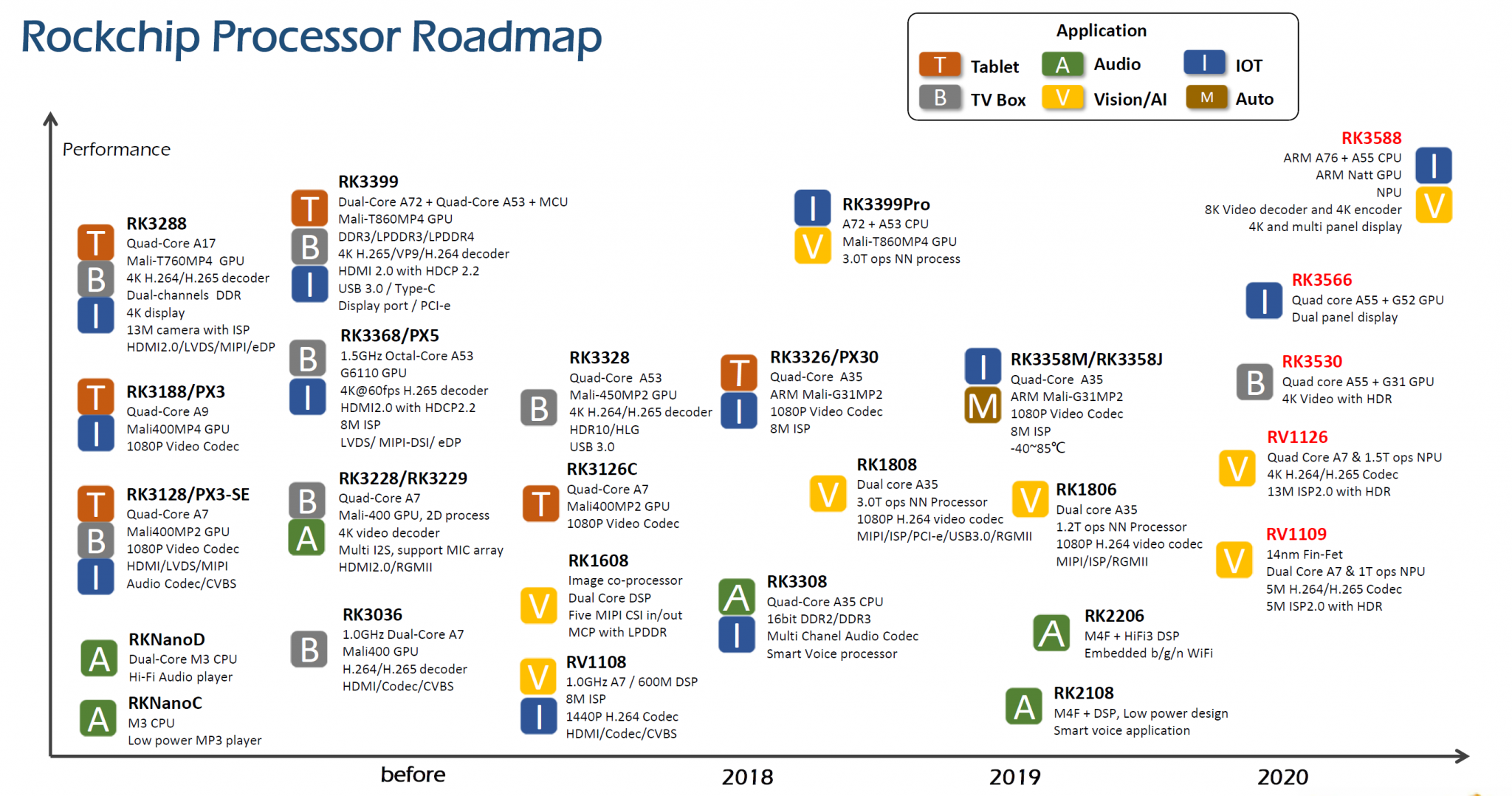 2020 Roadmap update from Rockchip 2019 is coming to an end, and the plan for the coming year is already in place. We would like to share with you the next generation of RK35XX series SoCs, which will be launched by Rockchip in 2020: RK3588, RK3566 and RK3530, as well as its application scenarios, which covers industrial, AI, IoT, Audio and so on. Below is an updated roadmap from Rockchip officially: 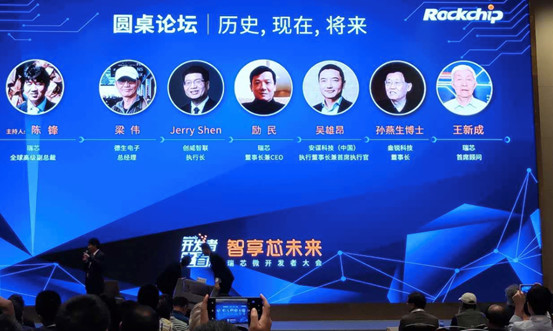 Rockchip Developer Conference 2019 Spring On April 23, the fourth “Spring Developer Event” of Rockchip was officially held in Fuzhou, China. The theme of this year’s conference is “Smart Chip, Smart Futures”, and many well-known companies and partners with global influence attended this event, attracting more than 1,000 developers and engineers. Rockchip 2019-2020 Roadmap Unvieled From the scale of the event, the level and breadth of the guests, as well as the number of engineers, is enough to prove the true influence of Rockchip in the industry! 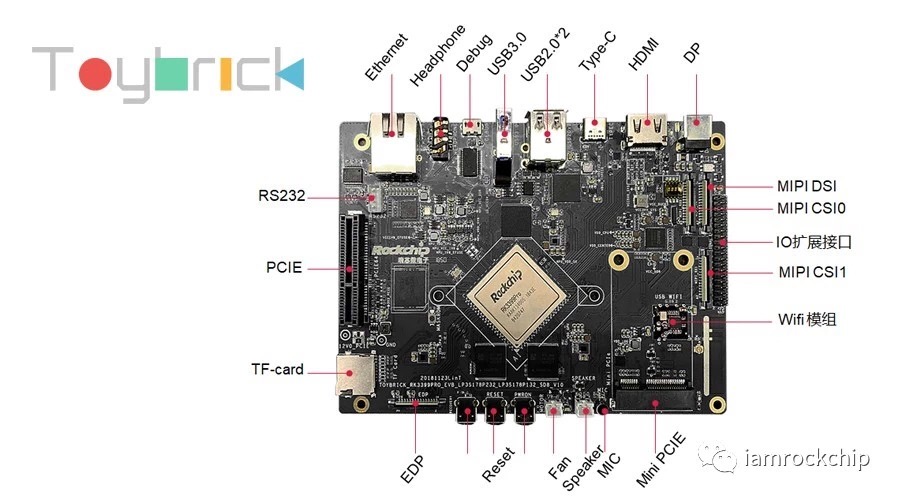 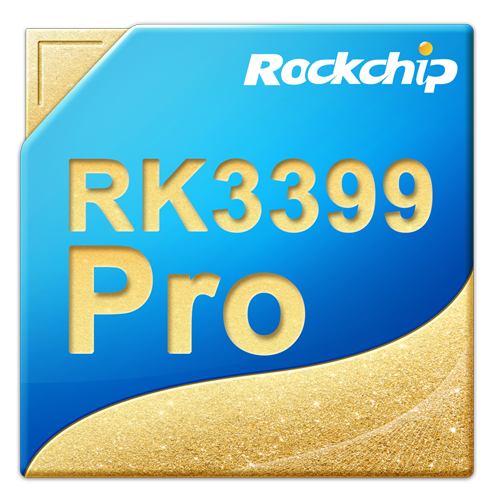 RK3399 Pro update When Rockhip released RK3399 Pro, their first chip with a powerful dedicated NPU up to 2.4TOPs performance, it was told that the release time is August. Apparently they had some delay, and it’s the end of Sep now! We recently have some updates from Rockchip that we can start to design boards based on RK3399 Pro now. Not pin-to-pin compatible We posted on our website that RK3399 Pro was pin-to-pin compatibble with RK3399 and we can upgrade current boards without hardware changes.